The agent of Miguel Almiron has confirmed that he is currently in talks with Atletico Madrid regarding a possible deal for the Paraguayan. The 26-year-old made the switch to Newcastle United from Atlanta United in January last year and he has since bagged seven goals and two assists across all competitions. 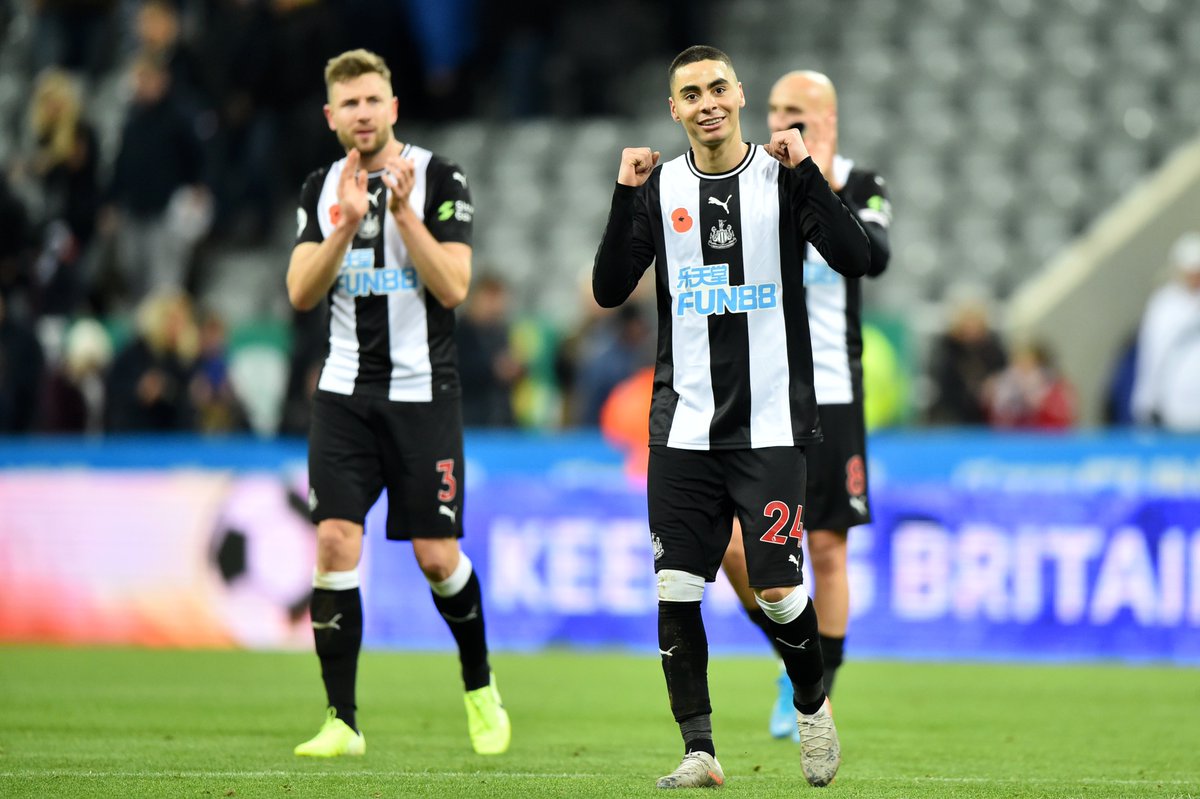 All of those contributions have come during the current campaign and it appears that his performance have caught the eye of Atletico ahead of the summer transfer window. In a recent interview, Almiron’s agent confirmed that the Spanish giants have made contact regarding a possible transfer but the club have yet to make a formal bid.

He added that Almiron currently has a release clause in his Magpies contract which is very high and his client’s move to the Spanish capital may depend on whether the Tyneside outfit are willing to negotiate the transfer fee, he told: “We are in contact with the people of Atletico Madrid, with the director but nothing official. Even before his departure from Newcastle, he was already under the radar at the club.

“The quickness of social media allows for a long of things that aren’t true. It does not shock me that Miguel is in the interest of various big teams. The truth is everything is a field of assumptions. We have to see if Newcastle United wants to negotiate a departure. Miguel’s release clause is high. Miguel is a player that fits perfectly in Diego Simeone’s system.”

Before the coronavirus shutdown, Almiron had bagged just two goals and one assist from 28 league matches. However, he has impressed since the restart with one goal and one assist from three outings. The Magpies are currently on the cusp of a takeover from a Saudi-based consortium and the club have been fancied to spend during the summer transfer window. It remains to be seen whether they will offload Almiron as part of the summer rebuild.